(ĐTĐ) – The Implantable Neuro Sensing and Stimulation (INS2) device is considered the first miniature smartchip for treating chronic pain. Its very small size, along with other key features, allows the smartchip to manage pain better in humans.

The INS2 was designed by Sydney (Australia) researchers at the National ICT Australia (NICTA), which is Australia’s Information and Communications Technology (ICT) Research Centre of Excellence, and developed at NICTA’s Australian Technology Park Laboratory (ATPL).

The INS2 is a smart chip that is embedded in a biocompatible device, which is smaller than the head of a match – such a tiny size makes it much more efficient at providing pain relief for numerous medical conditions.

According to the December 11, 2010 New South Wales (NSW) government media release “World-first miniature smartchip for treating chronic pain being developed in Sydney”, “NSW Treasurer and Minister for State and Regional Development Eric Roozendaal today announced Sydney researchers are preparing for human trials of a world-first smartchip designed to treat chronic pain by implanting it near the spinal cord.” 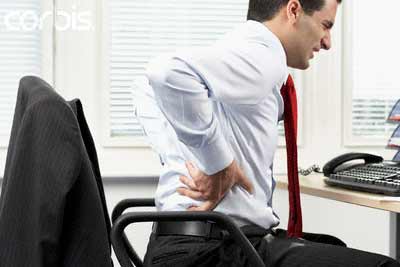 The device is much smaller than currently used devices, which is why it is such a revolutionary way to treat pain. Its tiny size allows surgeons to implant it close to the spine, which makes it an easier type of surgery.

It is also a more reliable device because the connection leads are shorter, due to its position closer to the spine.

Its other important features include rechargeable batteries that can be charged wirelessly, and the ability to measure different levels of pain to provide just the right amount of relief.

The INS2 treats chronic pain by, first, measuring the amount of pain and then, secondly, blocking the pain before it goes to the brain.

The new invention has the potential for revolutionizing the way that pain, such as chronic back pain, migraine headaches, and nerve damage, is controlled within the human body.

In fact, it has the potential to treat such neurological disorders as epilepsy and Parkinson’s disease.

According to the NSW article, the device functions in the following way:

1. A tiny smartchip is built into a biocompatible device slightly smaller than the size of a match head;

2. One or more of these devices are then sewn into a 1.2mm wide micro lead, made from a polymer yarn integrated with electronic wires;

3. These leads are then inserted in the spine or other suitable location;

4. The leads are then connected to a central device slightly larger than a mobile phone SIM card, which contains a miniature battery and intelligent computer processor;

5. The device can be fully implanted in many places in the body;

6. The system then measures the properties of the nerves that conduct pain signals to the brain;

7. It sends an electric pulse of up to 10 volts to block these pain signals;

8. This tricks the brain and results in the patient feeling less pain;

9. The central device includes a built-in miniature battery which can be charged wirelessly;

10. There are no external wires or devices or a need to hook up to recharge batteries, meaning the pain sufferer is free to carry on their normal routine.

The NICTA will be running human trials on the INS2 in 2011.